You are here: Home / The Blog / Old Stuff 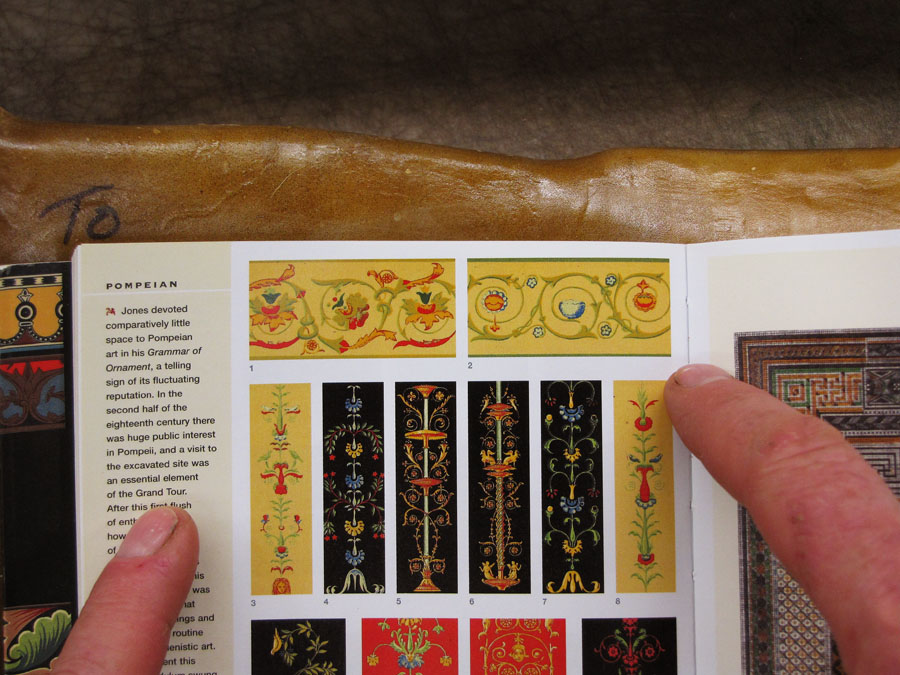 Call me crazy, but I think it is important (and interesting) to know whose shoulders I’m standing on here. Several years ago I bought a book that was written in the mid-ninteenth century by a Brit named Owen Jones. Jones was an academic, an architect, and art critic who studied the decoration found in architecture throughout the ancient Mediterranean world. This book has a ton of ideas for floral design. One of the things I found in this book were some designs discovered in the ancient city of Pompeii. Remember your high school history? Pompeii was buried by an eruption of MountVesuvius in AD 79. Pompeii remained covered in ash and frozen in time until the 1800’s when excavation of the city began. Uncovered were frescos, pilasters, and friezes with artwork mostly intact. There is a plate in the book that shows a nice depiction of vines encircling a flower… a design from over 2000 years ago. When you look at much of what we’re doing in leather these days, you realize that good design ideas never go out of style! Greek ornament that features a ratio that is close to 7:5.

Thanks to my mentor Chuck Stormes for recommending this book to me.