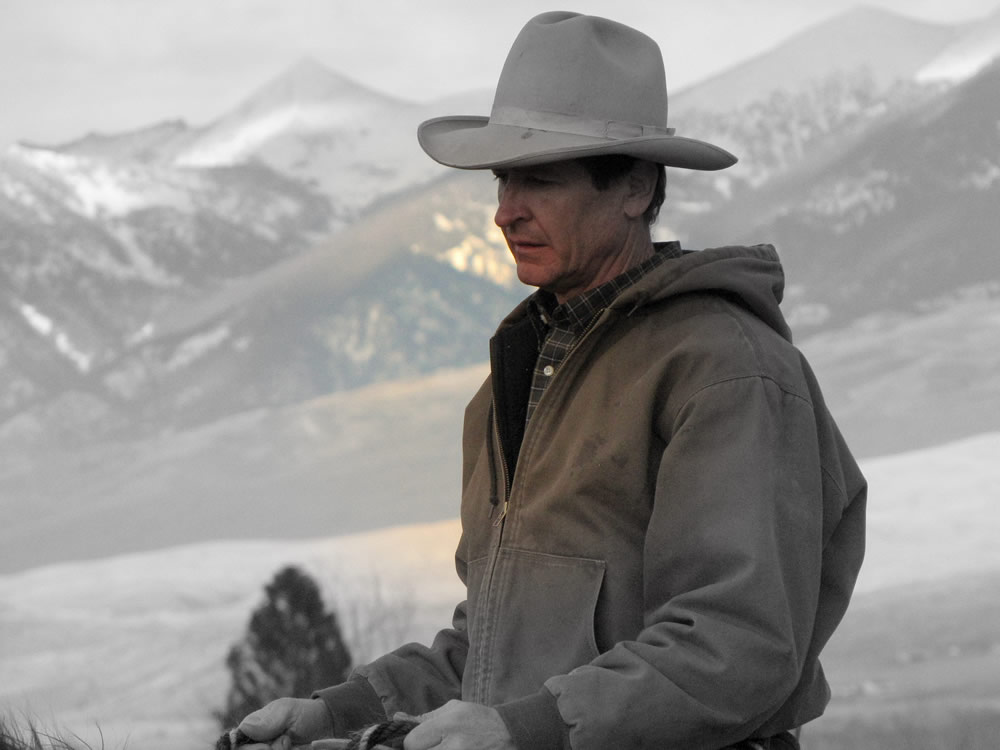 Cary Schwarz first began working with leather in 1972. Growing up on the family farm in a German Lutheran community in Idaho proved to be fertile soil for creativity, adventure, and learning. A decorated Eagle Scout, Cary participated in a wide variety of work growing up on the farm. In the late 1970’s he worked for wages in a holster shop in Twin Falls. This experience reinforced his belief in taking the time to get the job done right. In the early 1980’s he attended a trade school for saddlemaking taught by Jesse Smith in Spokane, Washington. Since then, Schwarz has diligently studied saddlemaking while continuing to polish his artistic talent. He also credits Ray Holes Saddle Company, Dale Harwood and Chuck Stormes, as having a great influence on his development as a saddlemaker. Often, what he’s learned has not been so much a certain technique, but a way of thinking.

Schwarz has noted that the folks doing great work have successfully sorted out the attitudes that free artisans to be creative and produce the work. Schwarz says that “I believe the best saddles are those that successfully blend function and art.”

Whether packing salt, doctoring cattle, managing the grass on the family ranch or designing a new flower for a carving pattern on a saddle, his versatility is apparent. He maintains no file of standard flower stamping: each saddle is assigned something new. Schwarz finds great value in returning to the basics, revisiting the fertile ground of the past, remembering the God who makes us who we are, honoring traditions, and keeping function paramount in his work. Fundamental, as well, is his family life, wife Rose, three children Sara, T.J., and Sadie, all of whom add an important measure of balance and vitality to his vocation. He makes his home in the mountains of Idaho near the town of Salmon.

In 1998, Cary was a part of the first discussions that would eventually become the Traditional Cowboy Arts Association, a non-profit group that has a heavy emphasis on education and produces an annual show at the National Cowboy Museum in Oklahoma City. Here is their mission statement:

The Traditional Cowboy Arts Association is dedicated to preserving and promoting the skills of saddlemaking, bit and spur making, silversmithing and rawhide braiding and the role of these traditional crafts in the cowboy culture of the North American West. Cary won Best of Show with one of his saddles at the Trappings of Texas Show in Alpine which is the longest running cowboy trappings show in North America. Then in 2009 he was named Saddlemaker of the Year by the Academy of Western Artists, joining an elite group of saddlemakers all from North America. That same year, he and Pedro Pedrini traveled to Saumur, France to learn European leatherworking techniques from veteran craftsman Jean Luc Parisot.  Cary was awarded the Governor’s Award for the Arts by the Idaho Commission on the Arts in 2010. He has been conducting clinics and workshops on leather work and saddlemaking since 2003 when he taught a floral carving class at the National Cowboy Poetry Gathering in Elko, Nevada. Cary has hosted learning opportunities at his shop near Salmon, Idaho as well as many other states in the US.

A Short Video About Cary