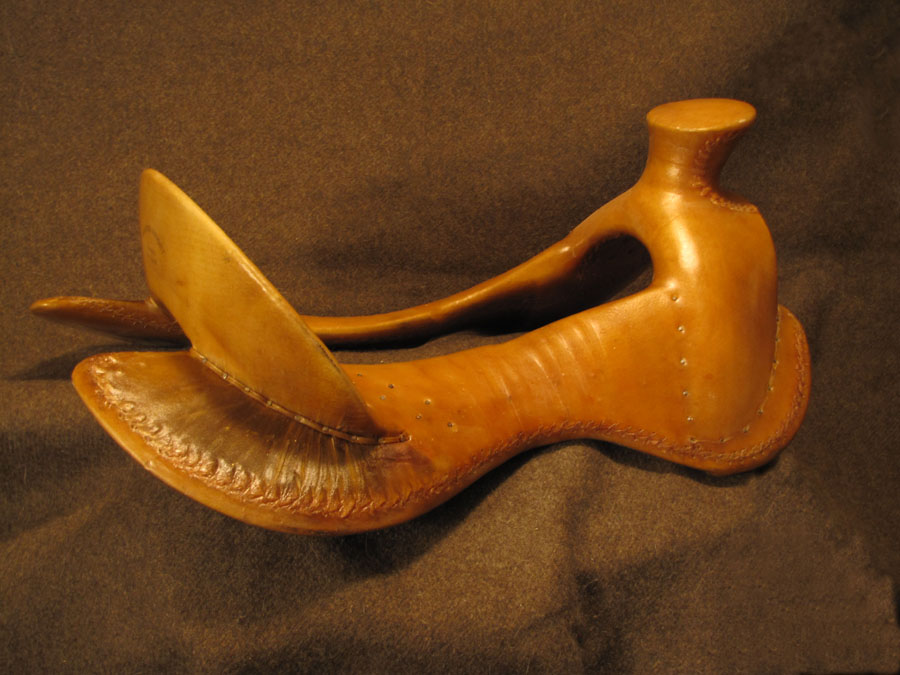 I’ve used Warren Wright’s trees since 1992. I happened to be in the right place at the right time when Dale and Karron Harwood were looking for saddlemakers they knew who would do justice to Warren’s trees. Harwoods made an arrangement with Warren to import his trees from New Zealand for distribution to hand-picked saddlers in North America. Much of what Warren knows as a treemaker was learned in the northwestern US… his patterns show a heavy influence from Hamley’s (Pendleton, OR). Even though Warren has built over 5000 saddle trees since he began building in 1969, he continues to refine his craft. I’ve seen rawhide on lots of saddle trees in my thirty-plus years in the custom saddle business and can honestly say that his rawhide work is incredible. Nails are used in the areas where ‘bridging’ can occur and often times I see an over abundance of nails. Warren is very spare with his nails, using only what is necessary to hold the rawhide in place as it cures. The fork wood is laminated for added strength, a feature that Ray Holes (Grangeville, Idaho) made popular.  What a pleasure to work on trees of such high caliber!