You are here: Home / The Blog / Two Extra Pancakes

It was the summer of 1983 while working in a saddle shop in Bozeman, Montana where I met a fellow by the name of Harry Cosner. Harry was living in Challis, Idaho at the time and working for a molybdenum mining company there. He told me of a little saddle shop in Salmon, Idaho (about an hour downriver from Challis) that Joe Houver owned and operated. Joe, he said was getting up in years and was probably thinking about retirement and that a young guy like me might check into it. What Harry could not have known was that I had already met Joe when I was a river guide on the Salmon River some years earlier. I didn’t know it at the time, but Harry had planted a seed on that day in Bozeman.

The plan was to finish up work about the end of August and head to southern Idaho to visit my parents before finishing up saddle school in Spokane. I decided to take the scenic route through Salmon on my way to my parents farm in Idaho. With only my summer wages (@ $4.50/hour) and the road waiting, I crossed the back bone of the continent and made my way down to the little mountain town of Salmon. Joe’s shop was located right in the middle of downtown just where I remembered from before. Joe was in his late seventies …sharp as a tack and seemed to remember me, though I always wondered if he really did or not. When I told him I was training to become a saddle maker, he told me that the best place to have a one-man saddle shop is right where I’m standing right at this moment! At that time, I really hadn’t considered starting out with my own business. It seemed to make more sense to work for someone for awhile before I launched off on my own. I’ll never forget Joe excusing himself to make a phone call.

“Erin? I believe we have a prospect.”

He cared nothing that his ‘prospect’ was within earshot. That’s all he said and then hung up the phone. I would learn that this was typical of Joe…abrupt, direct, and irreverent. And funny. For several years, Joe would walk in my shop with cigarette in hand, crack an R-rated joke in his vintage, gravelly voice, double over in laughter, and then go on his way. That was Joe, and the man he had called was Erin Robie, a realtor who officed just a couple doors away. Within minutes, Erin walked in the door and we got acquainted. He was an easy going, no pressure, small town real estate broker whom I would call a friend from then on.

I hit the road after a brief visit with much more to think about than I could have imagined.

When I arrived at my parent’s farm, I told them about the visit I had in Salmon. As my parents recall now, I was pretty hesitant about the business opportunity, but they were very supportive. They were always supportive of my ideas and adventures. The one thing I was most unsure about was the obvious question of how I was going to pay for an existing business that included all the tools, equipment, and a small retail inventory. I had no money, no credit, and the only thing I owned was a saddle or two and a 1954 Chevy ½ ton pickup that happened to be in the repair shop to have the engine replaced. My parents were struggling to make ends meet on the farm as cattle and commodity prices had tanked after a boom in the 1970’s. But they were people of faith, and somehow knew that something would work out for me even as there appeared to be no possibilities.

After a visit with them on the farm, I headed back up through the Idaho Panhandle and on over to Spokane. I had two more quarters of schooling at Spokane Falls Community College under Jesse Smith which would take me into the spring of 1984. I tried to absorb everything I could, knowing that it was critical to my success, but also because I was simply hooked on the idea of becoming a saddlemaker.

There were periodic visits on the phone with Joe and Erin that fall as we discussed what it would take to buy the business. I remember a time standing in Joe’s shop (I don’t remember when exactly) and asking about the profitability of the business…a small detail when you’re a naïve 24 year old! But it was a question that needed to be asked. Joe assured me that the numbers were just fine. Erin pressed him to open his books for us to look them over. Joe became a little defensive. As I came to know him in the years to come, I realized I shouldn’t have been surprised that he was so secretive. He just wasn’t the type to disclose his finances to anyone. Joe was a veteran of the US Navy and had the vocabulary to prove it. He also happened to be in Pearl Harbor on December 7, 1941…something he never talked about, at least not with me. Anyhow, I’m sure the numbers to show for income weren’t all that great anyway…he wasn’t very productive at this time in his life and had a retirement income. (Later, after I would take over the business, he insisted that I charge, “a minimum of $10.50/hour shop rate”. Some of you are chuckling) Whatever the reason for his secrecy, I never saw how much he was making in his little shop, but I was not dissuaded. Somehow, by this time, I was becoming more comfortable with the idea of jumping off into deep water. 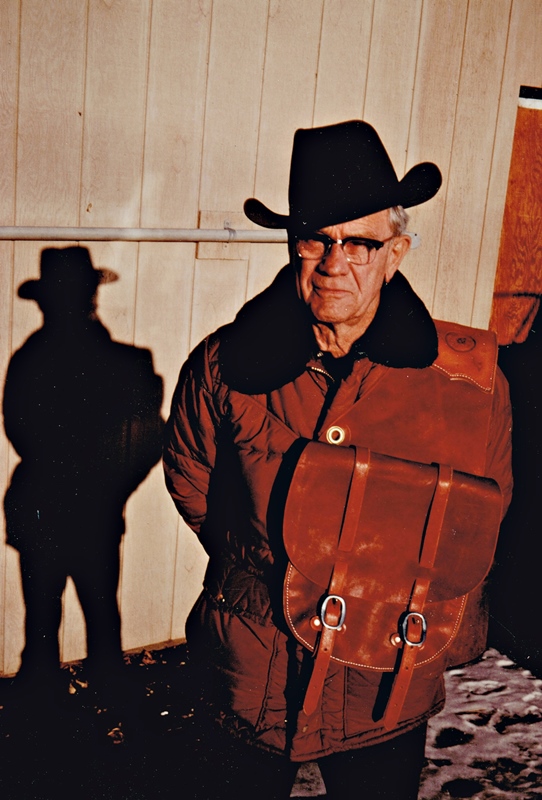 During Christmas break, it was time to talk to a banker. Back in those days, my parents owned a little variety store in Hazelton, Idaho that sold fabric, toys, Levis, gloves, and many other dry goods. (Try to find a store like that nowadays!) My mom ran the store to try to supplement the farm income. Across the street from the little store was Idaho First National Bank where our family did their banking. The manager of the bank was a fellow named Steve Forrey. Coincidentally, (or not) Steve had worked for the Idaho First branch in Salmon before taking the manager’s job in Hazelton (a five hour drive separating them). The Salmon branch was in the same block as Joe Houver’s saddle shop. Steve knew the business I was hoping to buy, and he also knew my parents well. I remember showing Steve the numbers of how I intended to make a go of it. I even had itemized living expenses to show. He questioned me on how I was to live on $60/month for groceries. I told him that I was living on that much right now. I would make myself a batch of sourdough pancakes for breakfast and would make an extra two that would serve as my sandwich bread for my lunch. Why buy a loaf of bread when you could make your own? When you’re a farm kid, you just “do what you gotta do”. He seemed mildly amused as I made my case for credit at his bank. In those days before centralized banking, a person’s character counted for something when it came to extending credit. Steve Forrey didn’t know me, but he knew my parents, and that was enough.

As it worked out, I had to borrow all the money from the bank for the inventory in Joe’s saddle shop, and Joe carried the paper on the tools and equipment. I was 100% leveraged with no money to put down. My parents cosigned on the note, and it looked like I was going to take over operations when I finished up school in Spokane in March. I would begin my new adventure with a main street business in a county where I knew no one except Joe Houver and Erin Robie. Incidentally, I never missed a payment until the debt was paid in full some years later and it would also be years later that I finally had a credit card.

I consider it a miracle of God that I began in business so many years ago, and have been able to stay in it for so long. So many good things have happened in spite of myself and many things that I’ve had to learn the hard way. But through a supportive family, and many other gifts bestowed from above, here I am still trying to make this thing work. I can’t thank my customers enough for hanging in there with me, especially early on when I had so much more to learn. My goal has been to try to serve these folks as best I can, putting a smile on someone’s face in the process.

I buy my sandwich bread these days at the grocery store, but it doesn’t seem like the journey of a self-employed craftsman has ever been easy. Lately though, I’ve been thinking about getting that sourdough start going again! 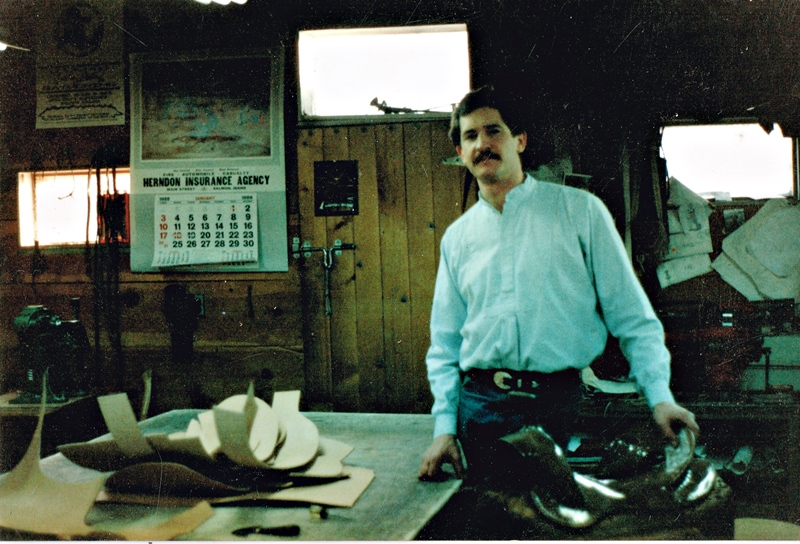