You are here: Home / The Blog / The Battle: Order vs. Chaos

Let’s face it: we live with a lot of chaos in our present day culture.

Some of us have lived with it from birth as a sort of default position regardless of culture. I am one of those.

Chaos on the one hand, is like a screaming baby that demands attention and wants his way right now. Order, on the other hand is just the opposite. It only invites and never bullies it’s way through.

Keeping track of how much time it takes on my projects is a good example of the battle. Chaos wants me to just wing it with no structure, guidelines, or oversight. Chaos never cares about consequences. It wants me to run with abandon with no thought for the future. But Order invites me to measure my days. It wants me to use my creativity to be successful, profitable, and productive.

So I toggle back and forth, doggedly trying to make my day productive while there is another voice that cares nothing about that. Psychologists call this predisposition ‘entropy‘ The challenge is to allow just enough chaos in to be creative, but not so much that it runs the whole show. I’ve found that the more structure I build into my days, the better advantage I have in the battle. While many chafe at the thought of discipline and routine, it has been a stabilizing force for me taught by my parents. ..I was raised with a lot of structure that has helped me put wheels under my ideas. Contrary to popular belief, most successful artists/craftsmen work like accountants.

It’s a daily challenge to try to set things up so that these two dynamics are not at odds, but rather willing partners, because one standing alone cannot thrive. Creativity and productivity don’t thrive in chaos, and they don’t tend to do well under the sheer rule of order either. You could call it an orthodox type of  craftsmanship/artistry with just the right set of ingredients for nice results. At least that is the daily goal! 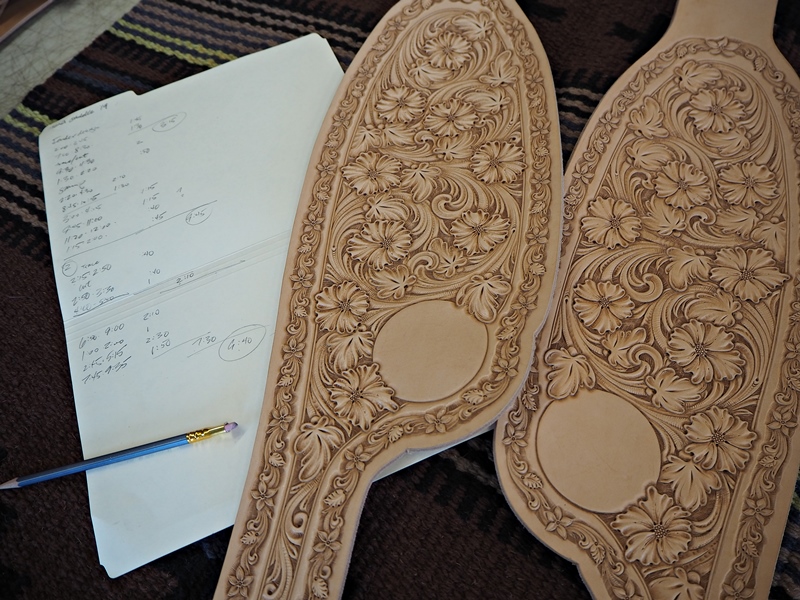 Keeping track of time on a project.