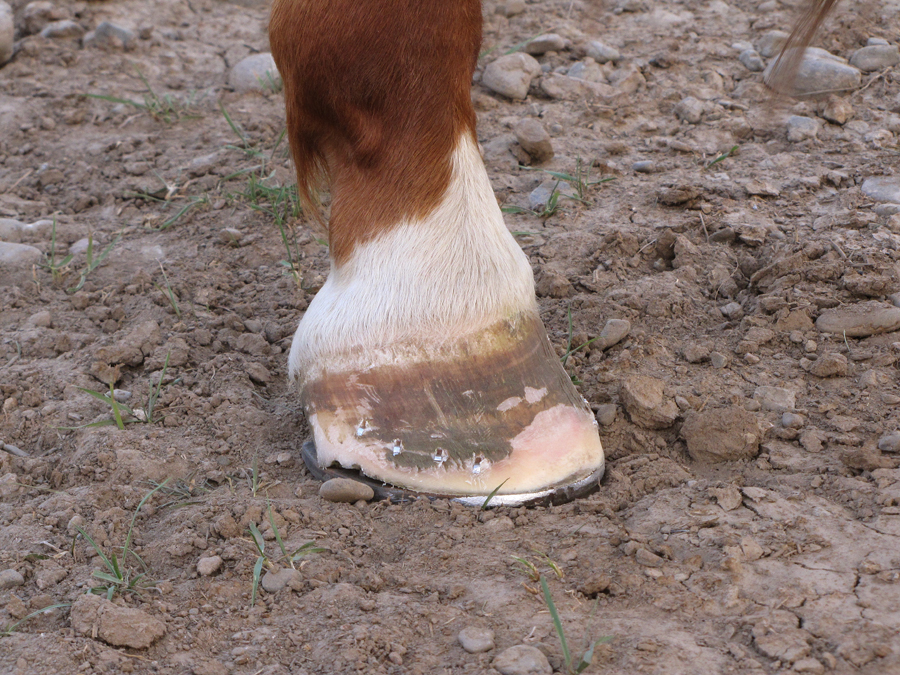 He had occasionally given me a bit of trouble before on these back feet, but this spring he became more resistant. I’d been trying more of the kinder, gentler approach to handling his feet and it wasn’t working. In my efforts to make him softer, he was getting tougher.  I finally decided to build more obvious contrast for this horse. He was not seeing enough difference between making the wrong thing difficult and the right thing easy. The contrast was too subtle. ‘Roy’ eventually discovered that standing for me was a way better deal than the work anxiety of sweating at the end of the thirteen foot lead rope. Softness then began showing up in other ways and he seems to trust me now more than ever, even though it came with some tough leadership on my part.

Ray Hunt advised us to observe, remember, and compare. He was talking about contrast. A horse is presented with some choices and will almost always take the peaceful route when they can see a difference.

Contrast is important for improvement in craftsmanship and artistry as well.  Study and analysis of our techniques and results will often reveal a better way. But we have to see a difference between what we’ve done, and where we’d like to be. Those of us with corrected vision are familiar with the question, “One, or two?” It’s easy to see a change in the choices the eye doc is presenting, but then it gets more difficult to answer one, or two.

Such is the journey of craftsmanship…the more you refine your work, the more difficult it becomes to see contrast between where you are and where you could be. For some, the voice that urges us on won’t be silenced. It is a calling that we willingly accept.

Prev: Working Without a Net
Next: Traditional Cowboy Arts