You are here: Home / The Blog / On this day in history… 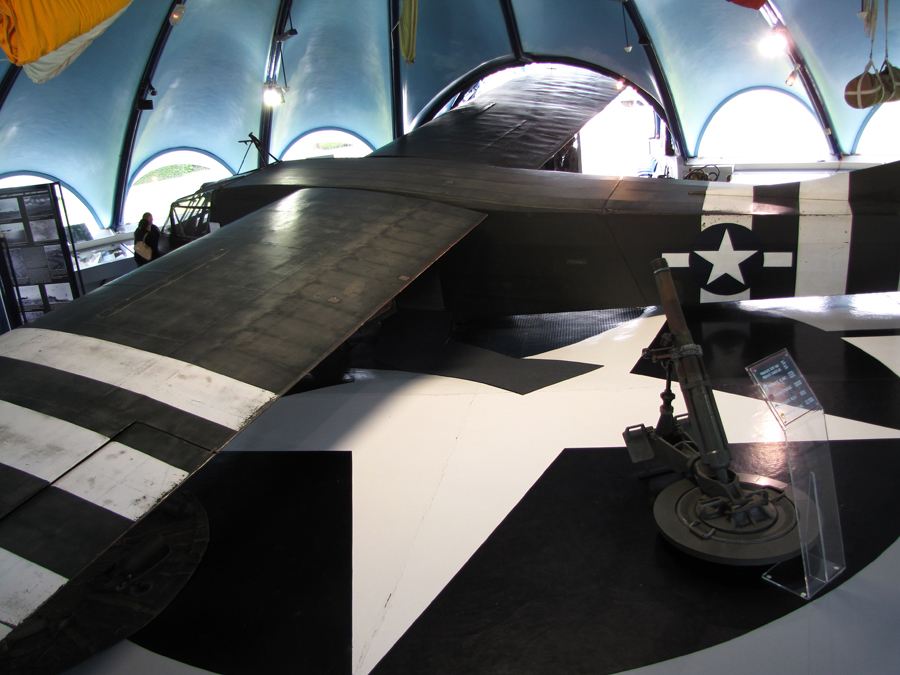 Thoughts return to that day in 1944 when President Eisenhower and his planners decided to pull the trigger on the largest military invasion in the history of the world. In order to crack Hitler’s ‘Atlantic Wall’, it was decided that the US would release large gliders that would silently penetrate into the French interior at Normandy. These gliders would scatter thousands of paratroopers that would land in the pre-dawn hours of June 6. The plan to reunite soldiers (101st Airborne and the 82nd Airborne) with their outfit was made possible with small, handheld ‘clickers’ that each paratrooper would use as he approached unknown personnel in the dark. If there was a reply with the same clicking sounds, the soldier knew that he was in friendly company. Some of the gliders had jeeps in them that military planners hoped could be used by the Airborne forces. Often, the gliders would more-or-less crash land in open fields with the contents of the aircraft rendered unusable. The Third Reich knew that the Allied forces were planning an invasion…they just didn’t know when and where. The great Erwin Rommel was in charge of fortifying the ‘Atlantic Wall’ as it were, and one of the things he did was to bury posts upright in the open fields in the interior. Somehow he devised that the Allies would try to land aircraft in these open fields during an invasion. These posts scattered about in the fields were called ‘Rommel’s Asparagas’ as you can imagine what these looked like from the air. Private John Steele, a member of the 82nd Airborne drifted into St. Mere Eglise where his parachute became entangled in the spires of the church. He survived the ordeal and went on to fight. To this day, there is a manikin and a parachute hanging from the church to commemorate the event.

I think often of the courage of those young airborne soldiers jumping out into the darkness over Normandy. Very few of these men had ever fought in battle before and had little knowledge of what to expect as they bailed out into the unknown. Many were gunned down before they landed, and many landed in deep water in the coastal marshes and swamps of Normandy with 100 pounds of gear. But many survived, were reunited with their outfit, and continued their sweep to Berlin, liberating towns as they went. What remarkable, true heroes they were!