You are here: Home / The Blog / Leadership 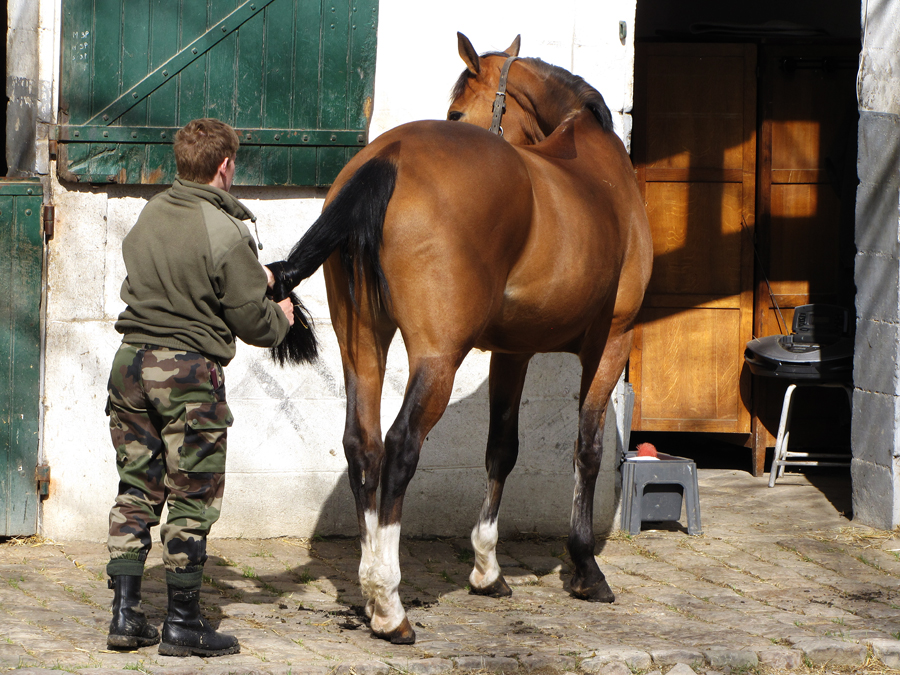 In the spring of 2009 I visited France with my friend and colleague Pedro Pedrini. We spent most of our time in Saumur where the Ecole d’Application is located. This is a horse facility that traces its beginnings to Napoleon Bonaparte. To this day, it is an integral part of officer’s training in the French military. Col. Thomas De Siegnon was the commanding officer of the entire base. He explained that studies indicated that training in horsemanship for the officers was very beneficial. He went on to describe how a man must learn to ” impose his will” onto a horse that is much larger and stronger than he. This transfers to a military situation where he must lead a group of men potentially into battle. “A military leader must be confident, creative and forthright with the men in his command while carrying a great deal of respect for their capabilities.” In order to further demonstrate what Col. Siegnon was saying, let’s change a few words in this sentence:

“A horseman must be confident creative, and forthright with his/her horses while carrying a great deal of respect for their capabilities.”

I’ve often thought about the Colonel’s remarks and wonder how horsemanship training can be used as leadership training on this side of the pond, especially for young people. My youngest daughter has heard me say more than once, “This horse is looking for a leader…and you’re it!” When you listen to accomplished horseman talk about how to be effective, safe and productive with our horses, they are describing how to be a leader worthy of the horse. I would make the case that this relationship is a benevolent dictatorship. We are asking our horses to do things that are not natural for them to do. They will not do these things willingly unless we regard them on their terms with confidence, creativity, and empathy. I don’t expect ‘benevolent dictatorship’ to catch on any time soon though…it sounds too, well, politically incorrect.

Twenty years ago, I was a part of a Toastmaster’s club that was comprised of nuclear physicists, biologists, hospital administrators and the like. I was probably the only one in the club with any direct connection to agriculture. They seemed to regard me as a bit of a novelty. One day I presented a speech describing what I’d been learning from stockmanship guru Bud Williams. I’d been using more of his principles on the ranch with our cattle, and I could see how it applied to horses as well. My white collar audience was fascinated with my short lecture. Afterward, some of them suggested that I repackage the speech and deliver it for a human resources/leadership/personnel management training. They saw the same things the French military had been putting into practice for many years. Perhaps we could mandate that members of Congress should take horsemanship training before they take the oath of office. The ones that don’t survive it will go away and we’ll hopefully be left with leaders worthy of the people.