You are here: Home / The Blog / Bill Knight 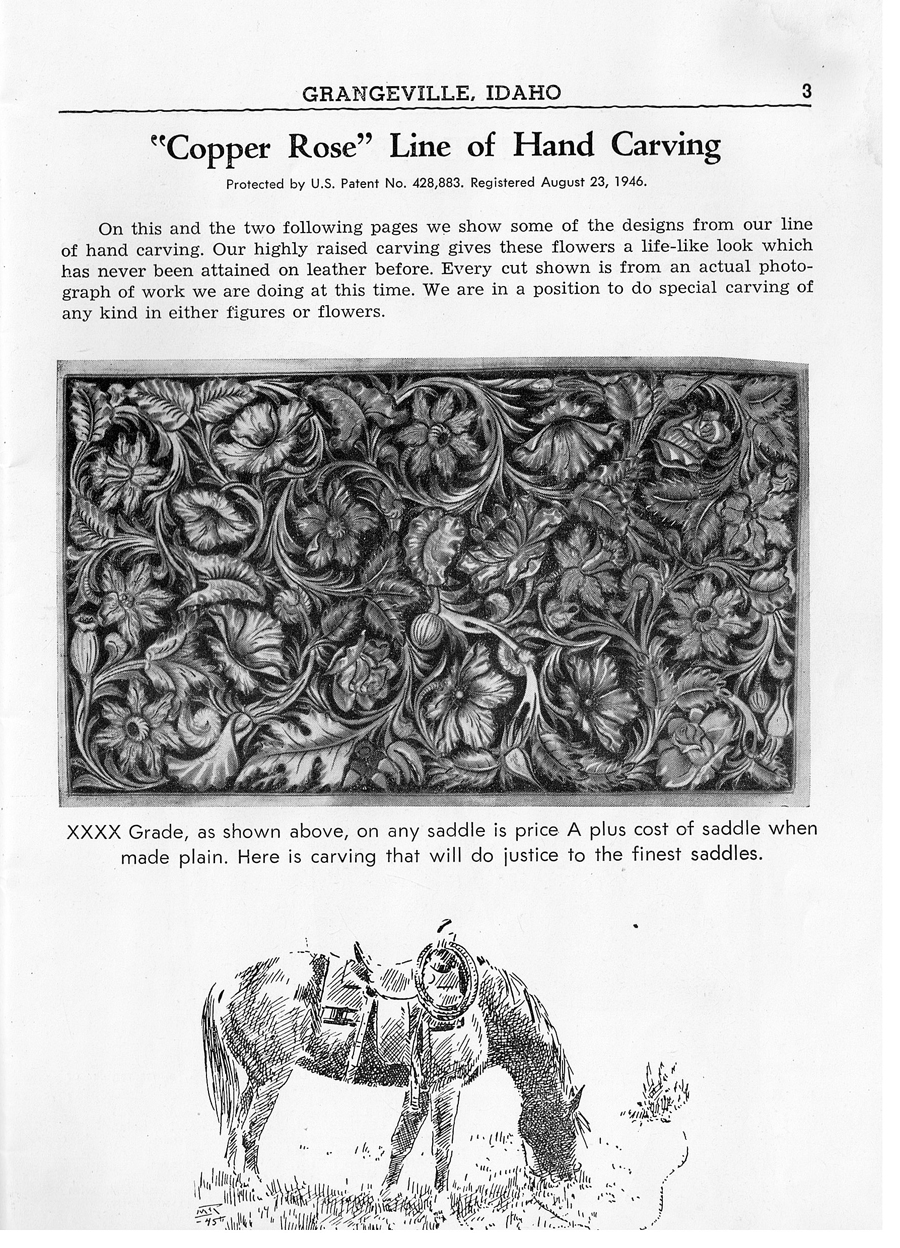 Bill Knight worked for Ray Holes in the 1940’s when he returned home from the war. His name never appeared anywhere on any work, yet his imprint is felt even today. Ray Holes designed this carved panel and Bill carved it. This panel appeared in the Ray Holes catalog for many years. Dale Harwood credits Bill Knight for inspiring him yet he never met him. Bill’s story is a fascinating one…he also worked for Hamley’s in Pendleton, Oregon the entire decade of the 50’s. The floral carving at Hamley’s made a significant improvement during this time. By the late 1950’s, Knight had ascended to shop foreman. But in 1960, he found that he could not support his large family on foreman’s wages at Hamley’s. He then went into the insurance business and had no presence in the saddle/leather business again.  Bill Knight passed away earlier this year in Portland, Oregon.

Prev: Back Cinches and Billets
Next: A Friend Remembered