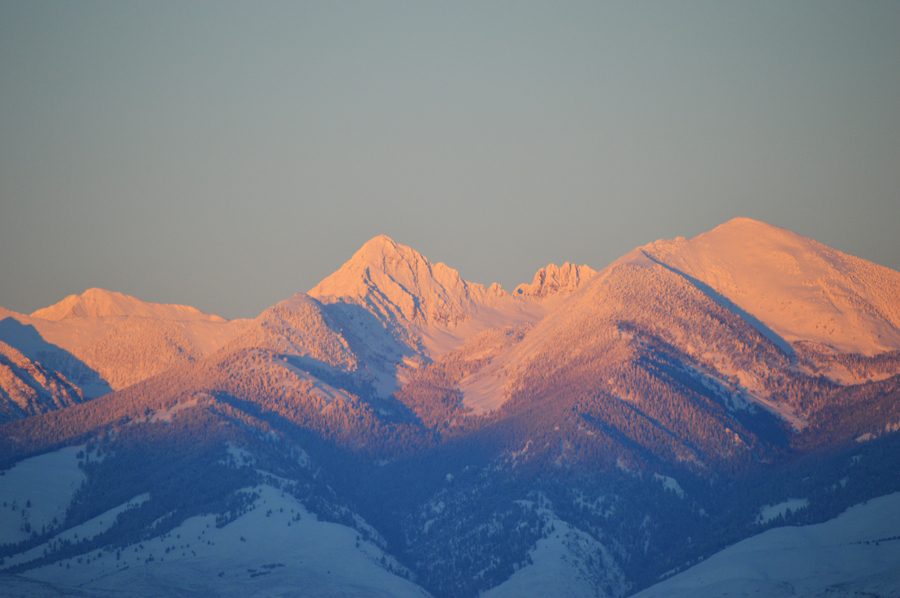 So I guess I should wax eloquent about the brevity of life, what with another year passing by with blinding speed. But there’s a good chance that the only wax the folks I know (and who know me) are concerned about is the wax build-up in my ears. Nevertheless, there are enough of you that keep up with my ramblings that I reckon I’ll continue to throw a stick on the fire every so often here. All kidding aside, it has been a very good year in the shop thanks to a few who find their way into my schedule whether I’m teaching or thumping on leather. I hosted several classes on saddle construction and floral design/carving. I think it was February when I did a clinic here in the shop with our TCAA Fellowship recipient Steve Mason (Alberta, Canada) in attendance. Was it in early April that we had our annual TCAA spring meeting in Banff, Alberta? Wow…Lake Louise was still frozen. It was another great time with a great group of craftsmen. Then it was back to Missouri later in April, where my friend Dick Bushman hosted a two day class that I taught on floral carving near Springfield. The Hermann Oak crew with the TCAA crew

I then hitched a ride with our good friend Don Reeves from the National Cowboy Museum on up to St. Louis to meet up with the other TCAA saddlemakers for a two day tour at Hermann Oak Leather Company. What a great time with the guys and staying downtown at the historic Missouri Athletic Club (they even allow cigars in the bar there!). I learned a bunch at the tannery and as I’ve said before, I’ll never look at a piece of Hermann Oak Leather the same way again.

In May our daughter Sara graduated from the University of Montana in wildlife biology. She wanted to go on a whale watching expedition for her graduation trip. We put together a family trip to Vancouver Island to watch whales and see the other sights in that part of the world. What a huge island and what a nice little town on the Pacific side of the island (Tofino) where the kids went out in search of whales. I enjoyed meeting a fellow saddlemaker Darcy Kabatoff near Vancouver, BC.

Son TJ and I headed for Christoval, Texas in June for a floral carving class, and TJ shot film for our friend Wilson Capron (bit and spur maker extraordinaire). TJ put together a couple DVDs with Wilson about design layout and basic silver engraving. The Capron’s are first class hosts. Some thirty saddlemakers, all from Idaho spent a couple days talking shop.

In September, we held an Idaho Saddlemaker’s Summit here in Salmon with guests Shep Hermann (Hermann Oak Leather) and the venerable Dale Harwood and his lovely wife Karron. We enjoyed two days of chirpin’ about saddles and leather lead by two of the finest. Steven Hatcher of the Idaho Commission on the Arts along with Caroline Stivers with the Salmon Arts Council were invaluable in pulling this event off. Some of the lessons I learned are still ringing in my ears. I don’t normally travel much, and I felt like it made me further behind on my work than usual, so the summer and early fall was a blur. Soon enough though, (October) I found myself standing in the halls of the great National Cowboy Musuem in Oklahoma City at the TCAA opening we call Cowboy Crossings with the Cowboy Artists of America. This was our sixteenth year and attendance was up by double what it was last year, sales were great, and we juried in three new members (Richard Brooks, Troy West, Brian Hochstrat)…it was a watershed year for sure. Next year will be the CA’s fiftieth anniversary show so there will be lots of energy going into next year.

This fall I conducted another saddle construction clinic that was a lot of fun. I’m always amazed that folks travel so far to come spend some time with me in the shop.

I did some riding and packing in the mountains this fall as we often do with hunting season, and I also did a little ranch roping on my gelding that Mike Seal started for me a few years back. The only other roping I’d done on him was at a branding three years ago. He did great…and I promised myself that we would do more of this next year.

Blessings and grace abound, and there never seems to be a dull moment for me these days, and I look forward to Monday mornings in the shop to see what I may improve on next! This was a Leo-bred horse I had a few years ago.