You are here: Home / The Blog / The Barn That August Built 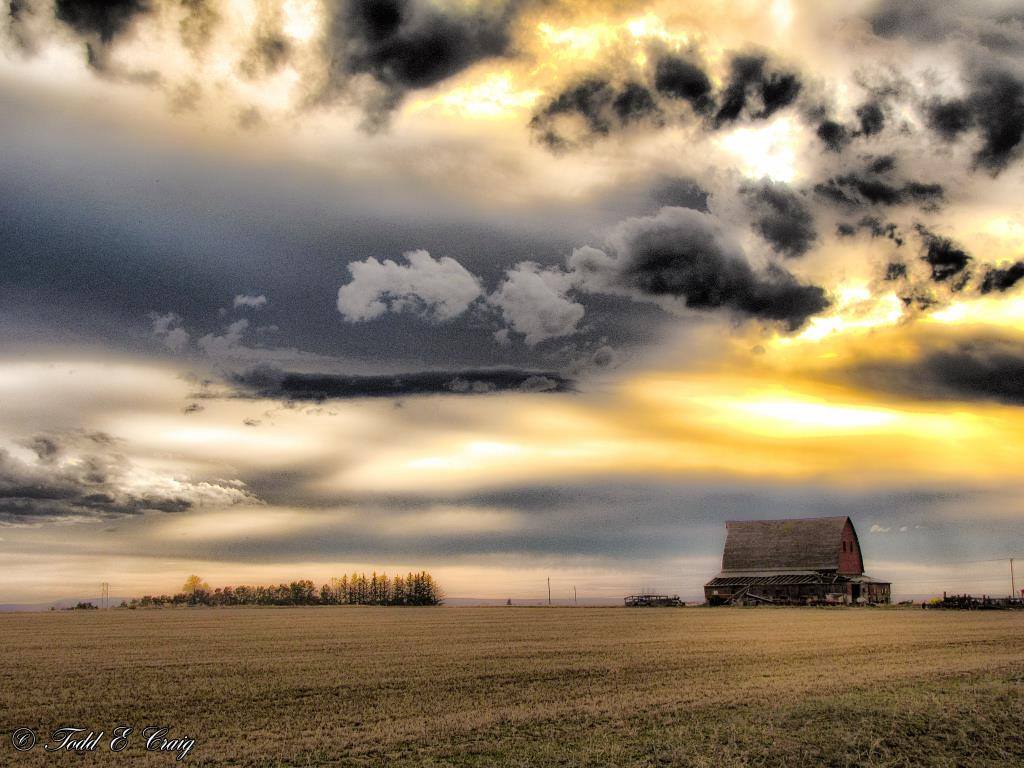 Heinrich August Wolters (b. 1870) raised a barn very near the place that I would one day be raised as well. The year was 1930, not long after the Great Crash of ’29, but hay had to be stored, teams harnessed, and cows milked. Though the near future looked bleak, there was a family to feed and children educated. We know this because August Wolters would be instrumental in also building a parochial school in the little community near Eden, Idaho. This community would become known in the surrounding area as ‘The Dutch Settlement’. They were part of a sustained wave of immigration from Germany that began in the mid-1800’s, and was sparked by pressure from the state church to change their theology. These dissenters were referred to as ‘Old Lutherans’ and would leave their homeland, uncomfortable with the dictates of what was known as the ‘Prussian Union‘.  A portion of these folks wound up in farming communities in Idaho where they would remain in tight knit groups with German as their main language until World War II when folks with such a heavy German heritage were suspect. These people found themselves under societal pressure to change once again, but this time they had already gladly donned the mantle ‘Americans’. Many sons served in the military during this time as testament to their allegiance. August and his wife Emma were descendants of some of these German immigrants who had fled the old country.

My great grandfather Wolters was the patriarch of a part of this clan just north of the Snake River in Jerome County, and the family needed a barn. His German engineering mind would be a valuable blessing in many of his endeavors. The design of the barn was testament to his abilities. The roof was to be a supported in an unconventional way. My father Bernard Schwarz (b. 1933) held that this design was Grandpa Wolters own, though later he was told by his older brother Paul that it was an idea that had survived the Atlantic. Perhaps it was a bit of both… August Wolters’ ingenuity, along with some ideas from Germany that he remembered. From inside the loft, you see a pattern of diamond shapes that support the roof. Each board was cut on a curve that would give the outside of the roof its curved profile. This cut would have to be changed as the the curve of the roof changes from the eaves to the top of the ridge. At the points of the diamonds, the wood is joined by a heavy bolt. There are no traditional fasteners (nails or pegs) holding the roof together. I remember my grandfather T.J. Schwarz (b. 1896) telling me that his father-in-law August Wolters decided to pour the concrete walls higher than the norm of the day (36″) stating that “those mules could kick that all they want!”. (…makes me wonder what kind of mules they had back then!) Mules where used often on the farm cultivating beans in part, because they had much smaller feet than the draft horse breeds as they walked the narrow rows.  My dad tells of sitting on a bean cultivator as a very young boy behind a team, beneath the Idaho sky, arid and azure.

This barn would be an unending source of adventure for my cousins and I (b. 1959) growing up nearby. Rope swings, hide-and-seek, cowboys and Indians, tag, bird hunting, and unbridled joy were the order of the day under the roof that August Wolters built. These days I see the barn fall into disrepair, the Idaho wind and weather abrading what once was a magnificent building. But the roof that August built survives as a metaphor, especially for those of us with his bloodline. He passed away six years before I was born, but I see his imprint on our family to this day.  His love for his family and his commitment to ensure that they were afforded spiritual care and a good education otherwise is a legacy worthy of note. Whether we realize it or not, we (that is, our family) are living out our vocations under the roof that Grandpa August Wolters built.