You are here: Home / The Blog / Singular Focus 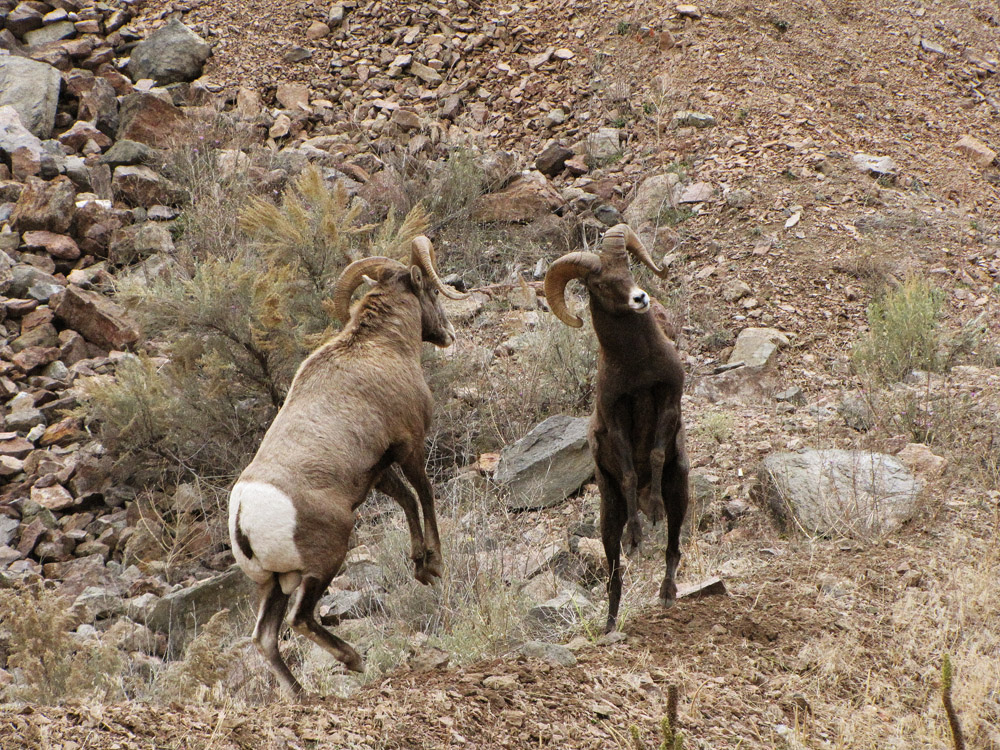 One rainy day during elk season, TJ and I were driving on the creek road above our house. We rounded a curve not far up the road and found ourselves in a front row seat with two bighorn rams fighting. They were no more than twenty feet off the road. Fatigued from hours of struggle, they would rest for a few minutes and then gather all their energy for another run at one another. The crack of their horns sounded like a rifle shot in the canyon. Those rams were so tired and so focused at the same time that they were oblivious to us parked in our pickup just a few feet away.

Those of us who have a need to be doing lots of different things can fall into the temptation of having too many things going at once. In his best selling book, ‘Outliers’, Malcolm Gladwell talks about the rule of 10,000 hours. The premise is that it takes at least ten thousand hours of time on task in order to become an expert at it. When our time is divided up many ways it will take an awfully long time (if ever) to get to a point of ten thousand hours devoted to a particular field. Singular focus on a specific goal and field of study, over time can produce a type of expertise that many of us desire.

The singular focus of those rams was remarkable, and critical to the survival of their species. I think of them often.