You are here: Home / The Blog / Idaho Leather Company 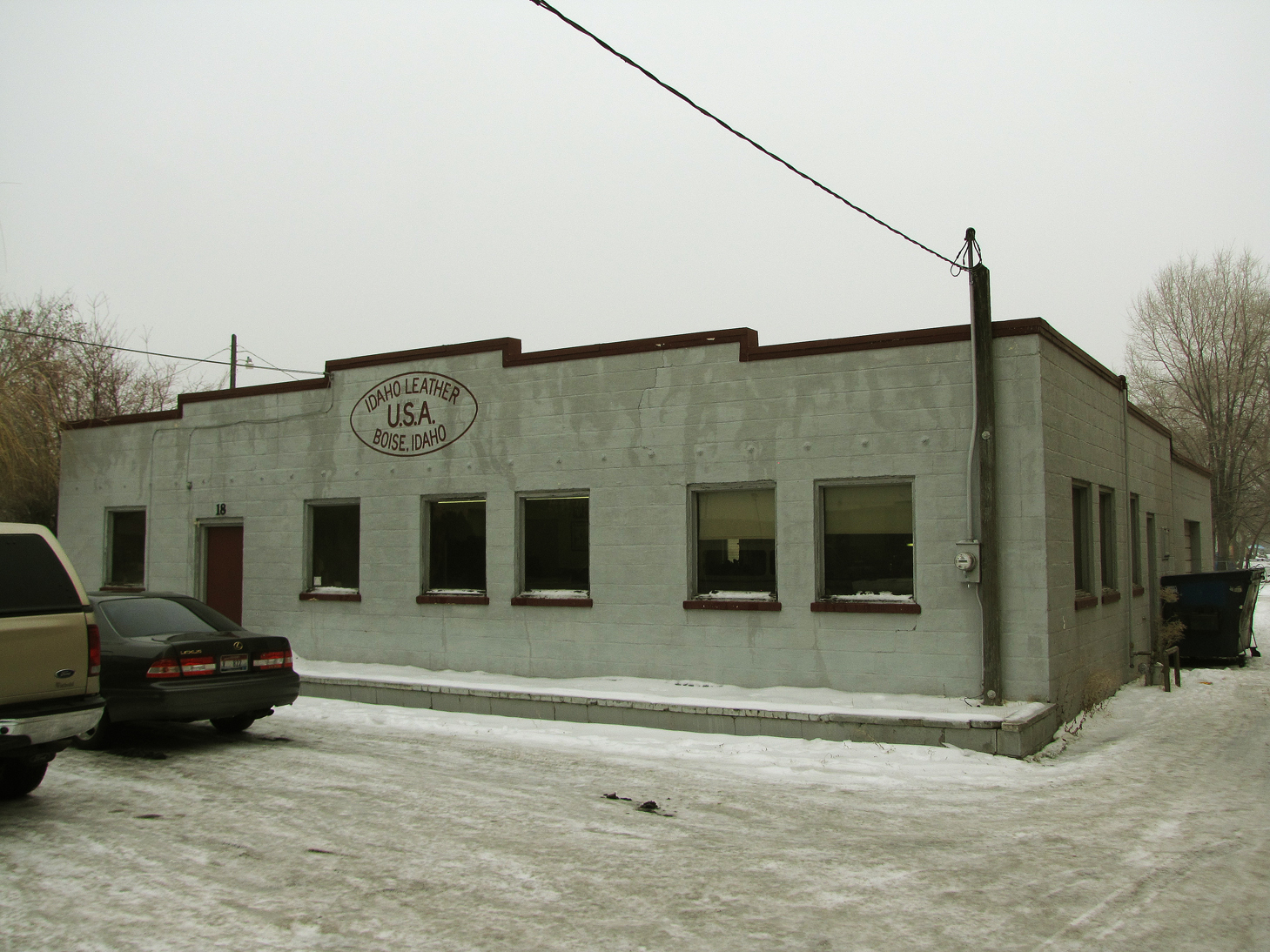 A first class stamp was fifteen cents, gas had spiked to an astronomical 85 cents a gallon, and I was in Boise, Idaho the fall of 1979. College classes were calling me, but I was trying to steal some time with leather too. All of my classes were arranged so that I could have my afternoons to pursue my real passion with a part time job in a leather shop. In the phone book under leather I found an outfit called Idaho Leather Company that turned out to be located on Orchard Avenue in a non-descript cinder block building. In those days, Idaho Leather was a major supplier of holsters and rifle scabbards to sporting goods stores in the region.  Ben Wetzel, the owner decided to give this fresh-faced kid a try.

Even though I only worked for Ben a short period of time, it has always been an important memory for me. Whenever I am in Boise, I try to stop for a visit with Ben (now in his seventies) and the old familiar workshop I once knew so well.

When I step inside, I am greeted by warm smells of leather, neatsfoot oil, adhesives and the well-worn musty flavor of an old building. A stroll down the main work area on the oiled hardwood floor places me within arm’s reach on either side by the work benches, tools and equipment that have remained in exactly the same place they were thirty-five years ago. Ben seems like he has hardly aged a day and I enter a time warp: The workshop at Idaho Leather Company

I’m an idealistic nineteen year old on a warm fall day. “The good doctor” Drew Harold is the afternoon guy on KBOI radio and I’m building stuff out of leather and the afternoon light is coming in the window. Silky smooth Paul Davis is on the radio, “When I look into your eyes I go crazy…” I’m knocking down a solid $2.90 per hour and I’m rich…and I can’t believe they’re paying me to do this… Life is good.

I return from my reverie and I’m ok with that…the present is a good place for me. But the fascination with this old workshop doesn’t go away.

Eight Orchard Avenue is a physical manifestation of a “place” I look for every day. Amid the rapid change that we live with, orthodoxy stands in contrast. The “tried-and-true” offers stability, a grounding that is tangible, organic, reliable, and deep…just as good craftsmanship requires a healthy respect for its history and an honest regard for the present. Craftsmanship is not looking for the next big thing. It is a journey that rediscovers the ordinary things that are within reach.

The pursuit of “bigger, stronger, faster” often leaves us feeling empty and swindled with it’s allure, because the reference point is constantly changing, leaving it’s subscribers a half step behind.

But then there’s Ben making it work for a gazillion years in the same location. He could have built a new shop somewhere chic and swank. It would have been exciting, wired and well lit. And it probably would have been successful…and, well, sterile. While most of us were guzzling the koolade, Ben graciously declined…and he seems quite happy with his decision. Good for you Ben. Good for you.

Prev: Not too many
Next: The Saddle Horn