You are here: Home / The Blog / Beaver Tail Bucking Rolls 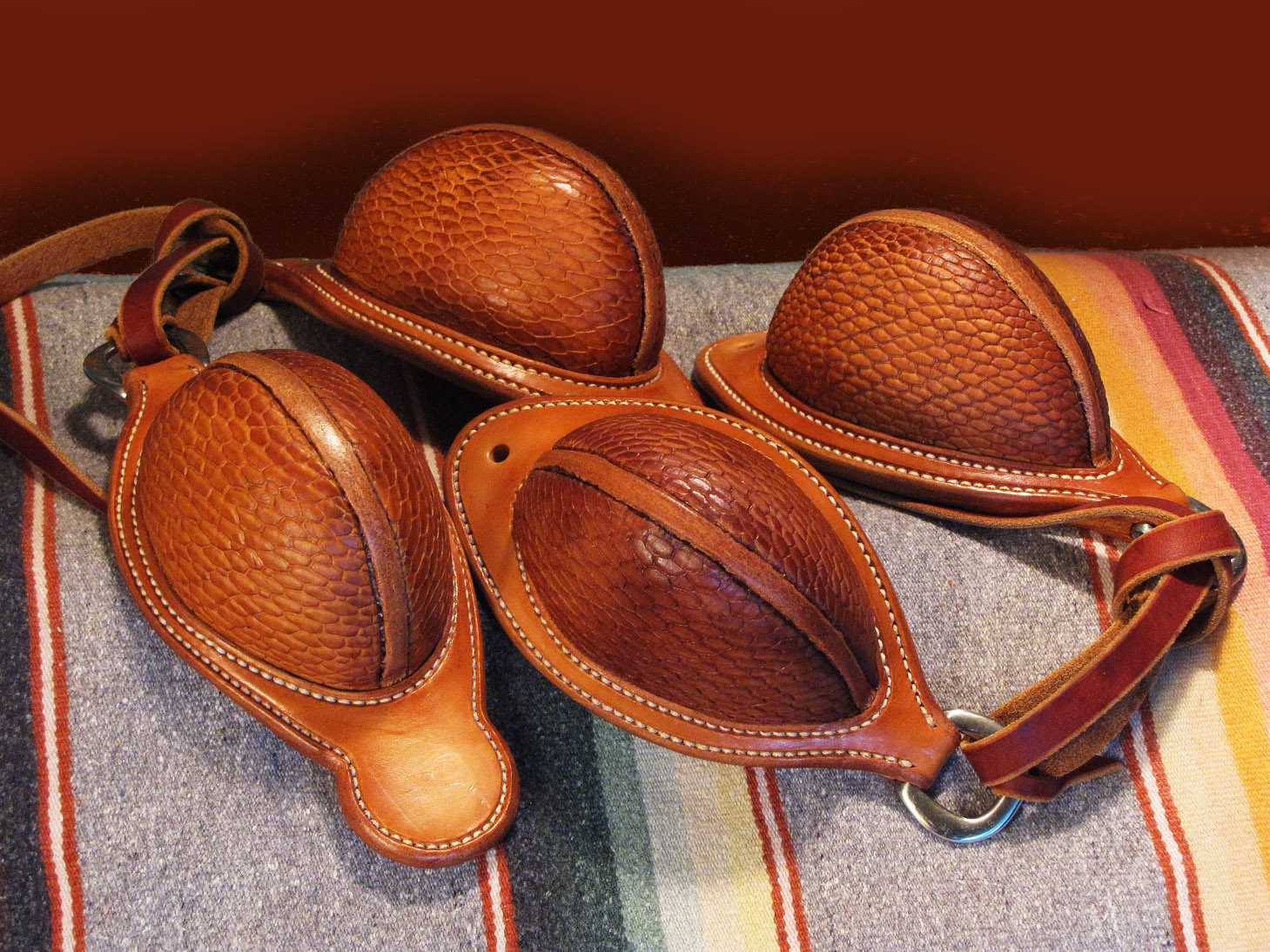 It was about 1987, and I was trying to gain traction with my saddlemaking business with a main street location in Salmon, Idaho. I’d become acquainted with a local rancher who was related to an old timer in the area by the name of Sid Williams. Sid had been a mink rancher and did some commercial tanning. One of the things that Sid had been tanning for many years were beaver tails. My rancher friend suggested that I make bucking rolls out of this very tough leather. The first pair I made was half beaver tail leather and the other half was chrome tanned cowhide. I sewed the silhouette of a beaver on the cowhide side of each roll. I am quite certain that these were the first of their kind and I’ve wondered where these half breed bucking rolls wound up. Since then, I have made literally hundreds of pairs of beaver tail bucking rolls. I have never seen a hole worn in any that I’ve made over these many years. Sid Williams was my supplier of these tails until he became unable to do the work in his old age. Sid eventually passed away, but a relative of his by marriage had also been in the fur ranching business and did some commercial tanning as well. His name is Randy Shuff and he has been furnishing me with beaver tails for many years now. The tanning process he uses is almost identical to Sid Williams’ and is a solid color through the center of the leather and has the same rugged durability. Randy now supplies many others with beaver tails to be used primarily for bucking rolls. If you see any beaver tail bucking rolls, the chances are pretty good that the leather has been tanned in Idaho by Randy Shuff.