You are here: Home / The Blog / …and a horse and rider appeared in the west. 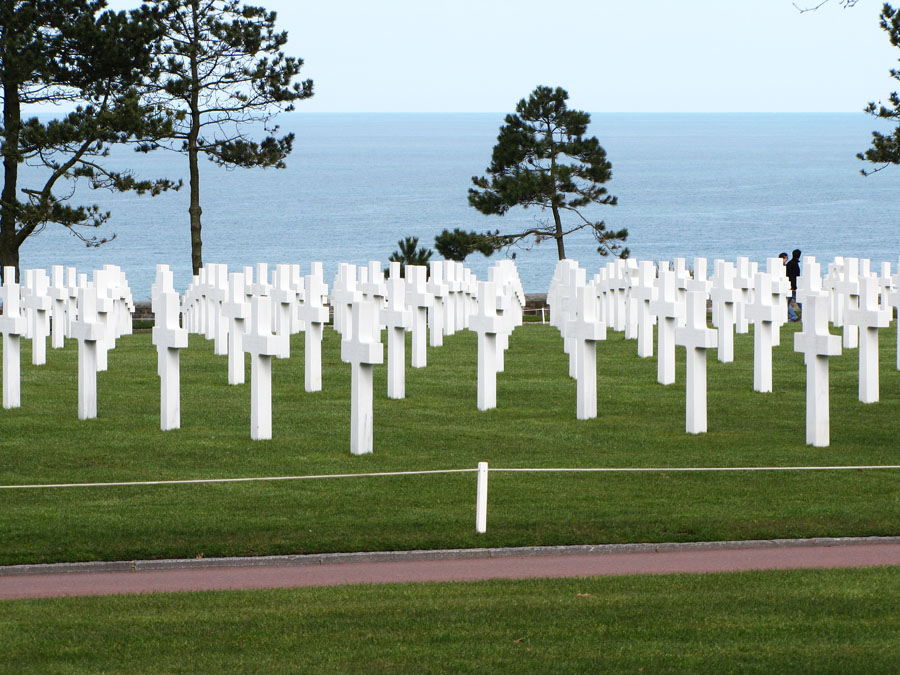 It was June 6, 1944. Allied forces, primarily American, British, and Canadian cracked the “Atlantic Wall” Hitler had established in anticipation of just such an invasion. It was the largest concentration of military personnel and materiel in history and will likely never be repeated. The first wave of soldiers landing at Omaha Beach was especially bloody for the Americans…they had ridden right into the jaw of the enemy. Sixty-five years later, I stood on American soil at Omaha in Normandy, France. The warm sunshine, manicured grass, and solemn setting belied the events of that day so long ago. As we walked among the rows of crosses on the bluff, a horse and rider appeared on the beach below. Riding out of the west, the rider loped on the stretch of sand where so much death had occurred on D-Day. What a universally recognized figure…a horse and rider! In the old west, a rider appearing usually meant supplies, news, mail, and often friendship. In June of 1944, the “American Cowboys” couldn’t have been more welcome to the people of France…they brought hope and freedom to a continent in desperate need. The only tangible thing those soldiers received in return for their lives was a quiet place where they may be laid to rest. A Higgins boat at Utah Beach

When you think of the challenges we face in our lives, think about the challenges of living those boys faced: The Higgins boat grinds into the beach head and the gate drops open exposing all forty men to the withering fire from machine gun nests above. In the first wave, there was often a 100% casualty rate per boat. If a soldier survived getting out of the Higgins boat, he had a hundred yard sprint across a low tide beach with one hundred pounds of gear in order to get to the sea wall…and cover from the German guns. I think often of those boys and what they sacrificed. It also helps pull things into perspective when we think about our “challenges of living”.

Prev: The Machine
Next: Floral Design II by Schwarz Productions