You are here: Home / Musings / Shaped on an Anvil 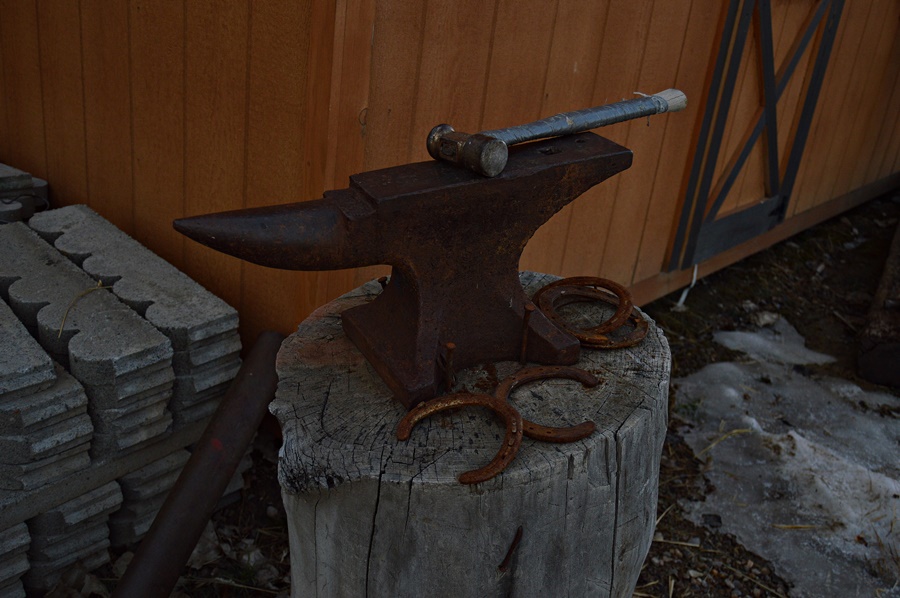 Richard Tschirley stood straight for a man in his eighties although he was nearly blind without the thick, black framed glasses he wore. We sat visiting in the front room of the small home he and his wife of many years lived. I had become reacquainted with them after moving to Spokane to attend school. Richard was always Pastor Tschirley to me, for he had served the small rural congregation in Idaho where I grew up. Nearly twenty years had passed since then, but Pastor and Louise were the same welcoming and caring people I remembered. They represented the warm orthodoxy I had seen so much of growing up.

“I have something interesting for you.” Pastor Tschirley said in his gravely voice, his dentures clicking as he spoke. He rose, straightened, steadied himself then walked across the room to an ancient reel-to-reel tape recorder. “I want you to listen to something I found.” Pastor struggled with the buttons and levers on the vintage recorder for what seemed like a long time. He had the machine toggling forward and backward until he finally seemed satisfied with the place on the tape. “Here is Cary Schwarz, one of our Sunday school children who is four years. He is going to recite the 100th Psalm…” It was Richard Tschirley’s same gravely voice introducing me, who then recited one of the Psalms that my parents had taught me at home. Long before cassette tapes and home movies, there was a recording of my voice at age four. “How cool was that?” I thought.

Later that afternoon, I would head back home in my 1954 half ton Chevy. It was a warm day early in the fall of 1982 as the old pickup ambled its way through traffic and across the Spokane River. The roundness of the hood and fenders made a sharp contrast with the crisp lines and verve of the rest of the traffic. It moved in no particular hurry, like a black bear making his way through downfall…purposeful yet ponderous. The truck was a reflection of its driver…both were throwbacks to a simpler time. Both were trying to navigate busy streets that were contemporary and fast, all this while hanging onto an identity that was shaped on the anvil of experience.

The Tschirley’s were a safe connection for me in a world of opportunity, excitement, anticipation and utter uncertainty. Sixty years separated us, but that didn’t matter. Iron had been ringing on the anvil of experience for them far longer than it had for me…if anyone deserved respect, they certainly did.

Life continued on and I became close friends with Pastor and Mrs. Tschirley. Then one day he suffered a stroke that left him unable to speak. I stopped by for a visit while he was still in the hospital. He was enduring the frustration of hearing but not able to utter a sound. Conversation is like a game of catch…there is a sense of obligation to “do my part” and return the favor. I could throw the ball to him but he, for the first time in his life could not throw it back. Life had reduced Pastor Tschirley to the point that he had no choice but to simply receive. He would withdraw, close his eyes and just want it to be over…he had run the race and kept the faith, and now there seemed to be only a few yards left to the finish line. Eyes closed, his face wore the tension and frustration of a man coming to grips with his own helplessness.

I struggled to keep the one way conversation limping along…how school was going for me and so forth. Then I remembered the voice of a young boy I had heard on an old recording. He sounded so innocent and trusting, and he was saying words that were familiar to me. It was then I swallowed hard and recited that Psalm once again for Pastor Tschirley.

“Make a joyful noise unto the Lord…”

“…it is He that hath made us, and not we ourselves…”

“…His truth endureth to all generations.”

Eyes still closed, I saw some of the tension fade from his face as he fought his lonely battle.

Not many days later on April 4, 1983 after he had been moved to a care facility, I stopped by for a visit. Soon after entering the room, I realized that he had just passed away…his body was there but he was gone. Pastor Tschirley’s battle was over. He would “enter into His gates with thanksgiving, and into His courts with praise.” But it would not be under his own power, his physical prowess, his mighty intellect, his keen eyes, or his shear force-of-will. It would be because of a gift bestowed in spite of his weakness. Like a ball thrown in a game of catch, Richard was on the receiving end with no way to throw it back.

Some have described our time as the “Age of Anti-truth”, but one truth that we all know is that we will one day be standing on the edge of an abyss. When we recognize that truth exists, then we are forced to reckon with it one way or another. Will we overcome all by our own will, or is there something more? The truth that sets us free is the comfort in knowing we are cared for even as we encounter all of life’s uncertainties and then at last our final day as well.

Praise be to Christ who has conquered sin and death that we may be set free.